If you are children from immigrant family, this article will surely prepare you to face all significant challenges that are being faced by students in the United Kingdom. This article will assist you to supply an overview of the challenges being faced by an immigrant student. The following discussion emphasized mainly on basic questions such as, immigrated student face lack of facilities or whether the people of U.K. Oppose discrimination among immigrated children or not, along with different views of public on different type of immigration  etc.

Due to lack of facilities the cost of education is considerably increasing at a higher rate. In current scenario immigrated students are being treated less educated. Children in the U.K. are benefited with “Home Fees” in this fee structure, it is being  provided to only those children that are already living in the U.K whereas for the immigrating student there is an “Overseas Fees” structure.

In overseas fees structure cost of education is at a higher rate for students who are not from U.K. If you want “Home Fees” structure you have to fulfill one of ten categories, out of which one is to be ordinarily resident means an individual who is habitually, naturally, and lawfully resided in the U.K. country.

Therefore, every category listed for qualifying is to expel student to get qualified in home fees structure. Immigrated students also face dearth of acceptance in the society of the U.K. country. It has always been wrong to get offensive to immigrant student for no reason, but they belong to another country. 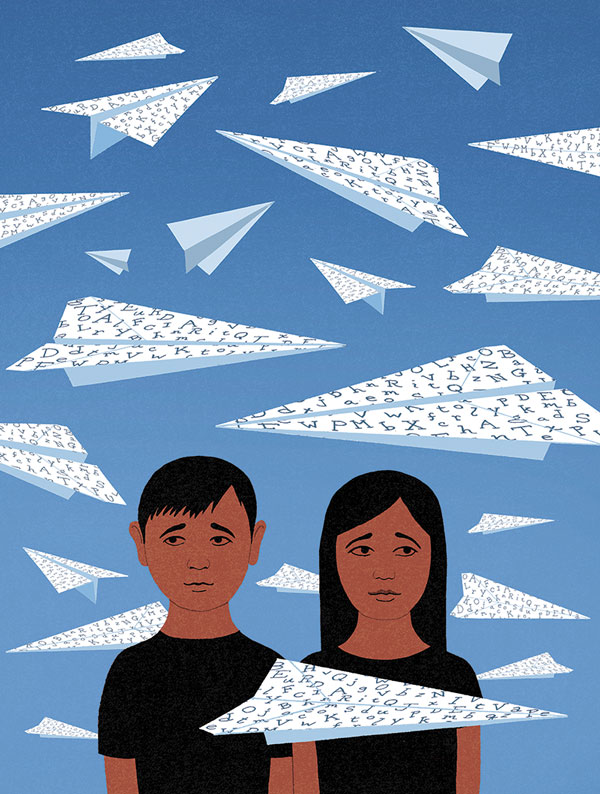 Many times it has been noticed that immigrants are being bullied at school. Now bullying is illegal in the U.K. and should be reported to police, it includes violence or assault, theft, abusive phone calls or email or text messages and hate crimes. Now you can raise your voice and call on 999 if you or someone else is in danger or getting bullied. An immediate help will be provided to the victim by government.

The government is now more conscious and against such practices of bullying. Many campaigns are also conducted to make schools and students aware that these illegal practices must no more be practiced and tolerable. Also, there is a problem of discrimination on the basis of caste, religion, etc. among the immigrant students and native students.

Discrimination among immigrated and native students create a feeling of not  being adopted by the society and creates a fear in the mind of immigrating students, which directly affects the education of the immigrant students as they start tending to lose their focus. If immigrant students fail to adjust or adopt new culture and become less proficient or fluent in their language of the new country, then they generally debarred from the mainframe society.

They start seeking help with assignments, and homework help. Since September 11, 2001, Muslims are facing discrimination, suspicion, racism at a greater level in the U.S. and also the other parts of the world.  They at times feel that they are being treated as second class citizens. For example, in school Muslim children are found at times sitting alone in the park during lunch time.It seems that they got no friends who want to be friendly to them. 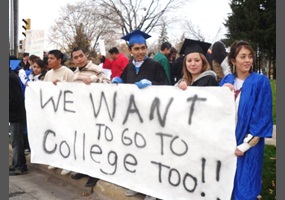 Citizens of U.K. feel a lack of security with them. They are also found at times being discriminated on the basis of physical touch. These children urge to get a new place in society. And also hope that sooner or later there will be beparripassu (equality) in the education system among different society of children. Also, Immigrant students are differentiated in terms of job availability option.

High class of jobs is generally preferred to those residents of the country. After receiving complete education, still an immigrant student faces many difficulties in finding jobs in their choice of fields. As the cost of education is very much higher for an immigrant student in comparison to the native student living in the U.K. country.

The respected authority in purpose to the selection of jobs should come up with some remedies and provide an ease to the immigrant student and families. Responses of readers regarding this knowledge signify that many members and student were not aware about the facts of immigration trend policy and structures.

Hope that this article has enlightened you with the significant challenges that are being faced by an immigrant student in the U.K. As we all know that everything has its pros and cons. This article has summarized some of the general cons, so that you will be able to face all the challenges of being an immigrant student and to focus more on the future goal, and to be ready in advance for all the hindrances.