If there is one day when everybody gets a little bit Irish, then it is St. Patrick’s Day. There are approx 12 percent Americans who claim to have Irish ancestry and over 80 million people across the world who are said to have an ancestral connection to the auld sod. Every year on March 17, millions of people get dressed up in ginger wigs, shamrock-adorned top hats, and green jackets. They gather at bars to have pints of Guinness which start as early as 9 or 10 am.

This is all to celebrate Irish culture and heritage and mark the day when many remember that centuries ago their great-great-great-great-grandparents moved over from Ireland. On the other hand, some just fake Irish accent to impress the fellow merrymakers and wishing everyone “Top o’ the mornin’ to ya.” (which BTW not used by Irish anymore).

Most of them know the significance of this day, but still, there are people who wonder why this day is celebrated and how it is observed around the globe. So we are providing you with a brief tour through the history and other important facts of St. Patrick’s Day. Take a look:

Who is St Patrick?
Here is a shock for you- St. Patrick is not technically a Saint and was never canonized by the Church. His real name was Maewyn Succat, and he was born in a wealthy family in AD387 in a village of Scotland. At the age of sixteen years, he was kidnapped and taken to Gaelic Ireland by Irish raiders.

During his captivity, he worked as a shepherd and prayed to God for numerous times a day. He ‘found God’ during this time and was directed by God to leave Ireland as a ship was ready for him at the coast. After his return to Britain, he became a priest and went back to Ireland to convert Irish to Christianity. 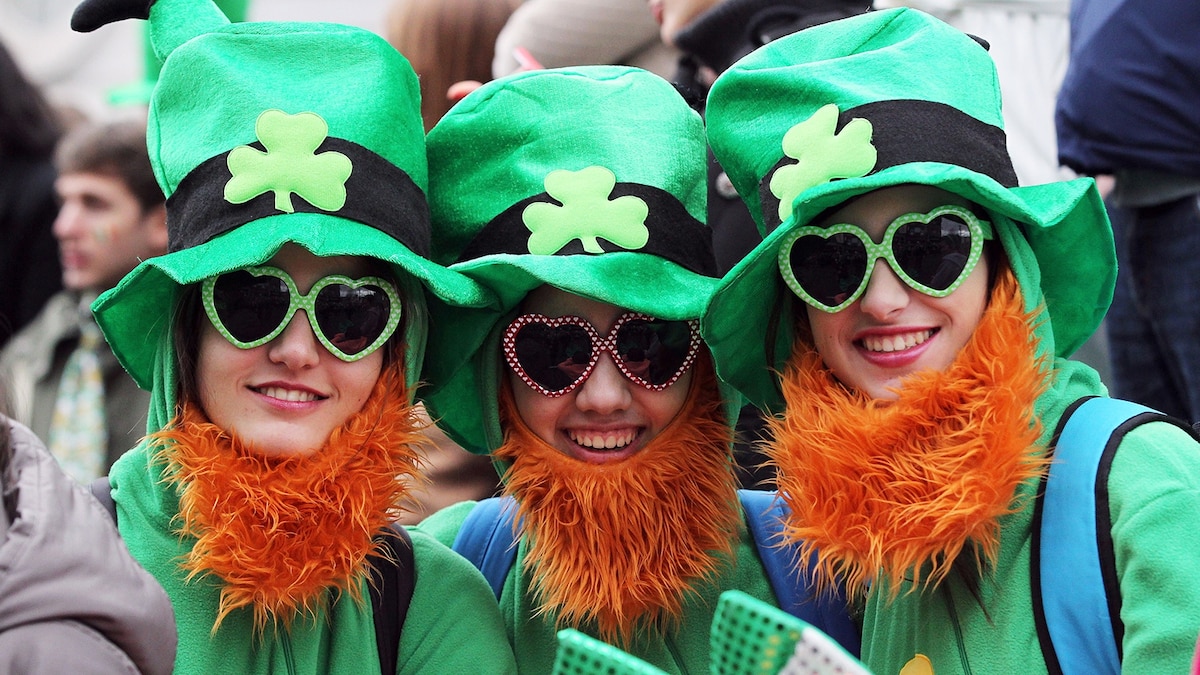 Celebrations
St. Patrick died on March 17, 461 at Saul. It is believed that he began his missionary work here. And later was buried at Downpatrick, County Down. He is now considered as the foremost patron saint of Ireland. The day has now become a global celebration despite its origin, and a large number of events and parades are organized in countries such as UK, America, Canada, and Australia, etc. It is a national holiday in Republic of Ireland, Newfoundland, Northern Ireland, Labrador and Montserrat.

The Significance of Green and Blue color
The one reason that Irish and others celebrate this day by wearing emerald is because of green color of the shamrock. It is a young spring used as a metaphor by St. Patrick for the Christian Holy Trinity.

So Irish people have been wearing green ribbons since the 1600s, although it is considered unlucky by many. The blue color is often associated with saint and was a symbol of Ireland for many centuries. In fact, Presidential Standard is still blue there. Until the early 20th century, people used to wear the cross that was made of paper and then cover it with silk or ribbon as a custom.

Leprechauns
Leprechaun is a type of diminutive fairy from Irish folklore and is derived from the Irish word leipreachán. They represent mischievous creatures donning green outfits, and ginger beards. It is said that they hide pots of gold. Their depiction wasn’t the same always; tales suggest that earlier their clothing was red and laced with gold.

They used to make and mend shoes as their occupation. As per the legends, when you catch one of these wrinkled fairies, it might lead you to the treasure and grant you three wishes. So revelers dress up like them on St Patrick’s Day mainly due to its iconic character and eye-catching appearance.

How to wish?
As we mentioned earlier, people who are not Irish try to speak in the accent just for fun. So if you are also planning to impress your friends this year, then just say the phrase “La Fheile Padraig.”
It is another way of wishing ‘Happy St. Patrick’ Day’ or ‘Happy Paddy Day.’

We hope that now you have got the better idea of St. Patrick’s Day and this blog have cleared all your doubts regarding the same. Have fun, be a part of parades and events, and wish best for others. Here’s wishing all of you ‘Happy Paddy (and not Patty) Day’ or should we say ‘Lá Fhéile Pádraig.’

Amongst all the upcoming celebrations, if you hardly get any time for your academic tasks, then worry no more. As Global Assignment Help is here at your service. We have a pool of expert professional writers who provide assignment help uk services to the college-goers in different countries. Contact us now!