Effective Guide for Metonymy: Definition and How it is Used in Literature Here are some examples of metonymy:

Close relatives of metonymy are synecdoche and metaphors. In fact, some consider synecdoche to be a type of metonymy. While metonymy replaces a concept or object entirely with a related term, synecdoche takes an element of the object and uses it to refer to the whole, and metaphor uses unlike things to draw an interesting comparison.

For example, the wheels are one part of a car. When people refer to their car as their wheels that’s a synecdoche. Another term for a car is your ride. In this case, ride is a metonym because it’s a related word that replaces the term entirely. 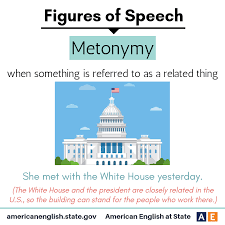 Purpose of making use of Metonymy

Overall, as a literary device, metonymy enhances literary symbolism. Replacing words and ideas with others that are closely associated with the original words and ideas allows the reader a more profound way of considering the meaning of an image or concept that the writer is trying to convey. In addition, these figures of speech enhance literary expression and expand description in order to avoid repetitious phrasing.

Here are instances in which it’s effective to use metonymy in writing:

It takes linguistic skill to create successful metonymy. For example, not every word associated with another is effective in replacing the original word or idea. When writers use metonymy as a literary device, they must consider what the reader’s understanding is of the relationship between the words and phrases.

For example, the phrase play some tunes is metonymy for turning on the radio or other devices that play music. In this case, most readers would understand that tunes is related to a variety of musical pieces such as songs. Therefore, this is an effective use of metonymy. However, if a writer were to use play some keys as metonymy for turning on music, this would be an ineffective use of the literary device. Most readers would not understand a strong enough connection between the word keys and musical songs. 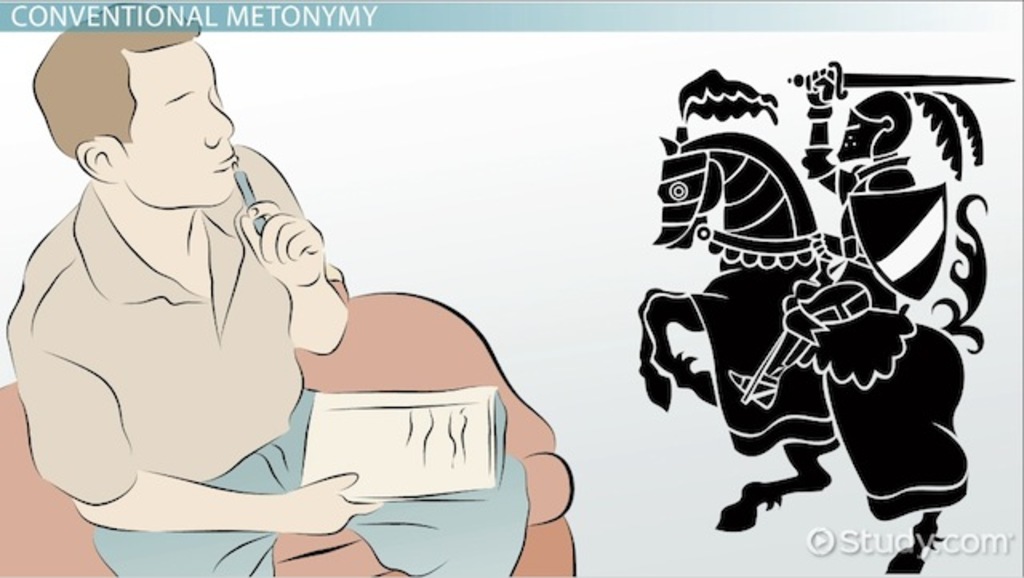 As a figure of speech, metonymy can be used to create imagery for a reader. This allows the writer an expansion of expression in order to convey thoughts and ideas to the reader. For example, consider the use of the word heavy as metonymy in the following sentence. In this case, heavy is a figure of speech for someone who is an enforcer or delivering unwelcome news. However, heavy also creates images of power and burden, which enhances the meaning of the metonymy in the sentence.

In addition, metonymy as a literary device allows a writer to expand description. This functions as a means of avoiding word and/or idea repetition.

If a closely related word can be substituted for another and retain the meaning of the original, this is a means of gaining and keeping the reader’s attention and interest. Conversely, repetitious phrasing can result in a reader losing interest or disengaging with the material.